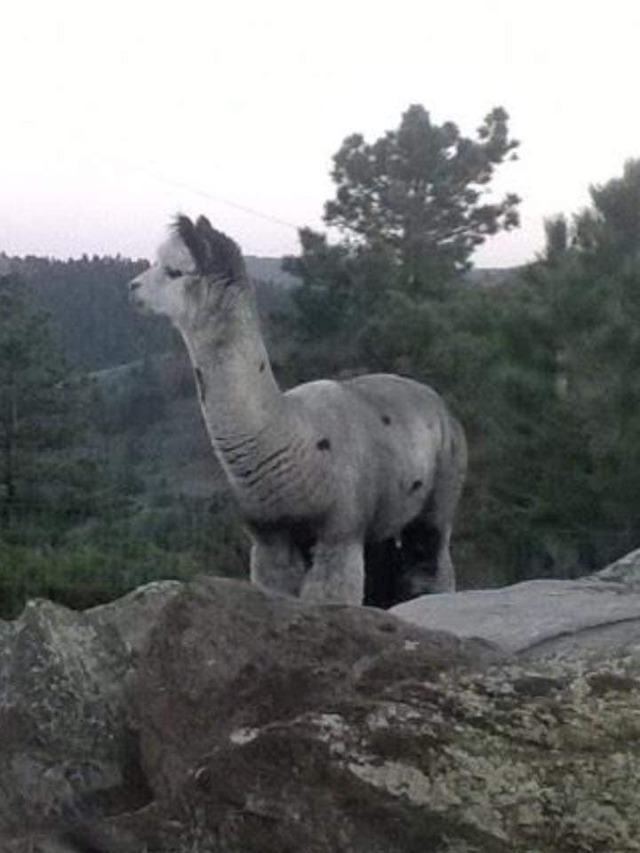 So Lucky to own this Guy!!!

Ask For Price
$1000.00
Ask a question
Details
Certificate EPDs
This boy has coverage from his eyes to his toes. Granite has sure grown into a wonderful boy. He has beautiful grey fleece that is very crimpy with good staple length. He has complete coverage from his eyes to his toes. He has the same gorgeous typey head like his dad, Champion Gray MFI Toledo of Whispering Willows in Indiana.

Granite After winning Color Champion at 2012 TXOLAN several spinners came over to check him out. Comments were "His fleece is like butter, unbelievably soft". Both his 2011 and 2012 fleeces have sold to spinners.

6-2014. Granites first two cria of the year are a silver grey male and a rosé grey female!

11-2015 Granite takes 2nd in Halter and fleece at Fall Fest. While his daughter, Crimson, takes 1st and Color Champion at 17 months old!

2-27-16 His beautiful daughter Crimson has passed away.

2-25-17 Another Granite daughter with a banner, Phoenix took RC at TXOLAN. she is a full sibling to Crimson.

5-2017 Dancing Elk's Isabella ( a Granite daughter) took 1st place out of 11 in juvie black females at GWAS. An amazing feat!


9-25-2017. This gorgeous male continues to produce beautiful Cria. Not only is this male awesome, the market is not saturated with his genetics. A male of this caliber at this price will bring greatness to your herd.

May 30th,2018 Even as Grante is about to turn 9 he is still a very handsome fellow. He still has incredible density. He passes on fineness and shine to his crias. He has 4 cria that have banners. And Many have ribbons.

SECOND PLACE, 2012 GWAS, HALTER. GRANITE WAS LUCKY ENOUGH TO COMPETE AGAINST THE MALES FROM THE FUTURITY, PLACING SECOND TO US STEELE!!

COLOR CHAMPION, 2012 TXOLAN AT 32 MONTHS OUT OF 19 MALES!! JUDGE AMANDA VANDENBOSCH'S COMMENTS WERE, "HE HAS MAINTAINED GREAT FINENESS THROUGHOUT, HE HAS CONSISTENCY IN STAPLE LENGTH, CONSISTENCY IN DARK AND LIGHT FIBERS, AND GREAT OVERALL APPEARANCE."

FIRST PLACE, 2011 ABR FALL FEST, HALTER. JUDGE POLLY MICHAELIS SAID HE WAS THE "TOTAL PACKAGE", COMMENTING HIGHLY ON HIS CONFORMATION AND HIS FLEECE ARCHITECTURE, CLASS OF 6. 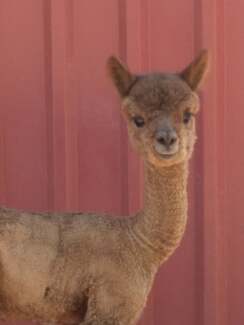 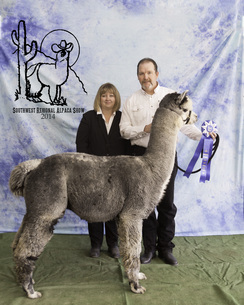 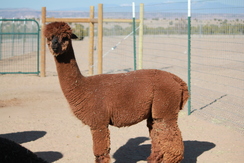 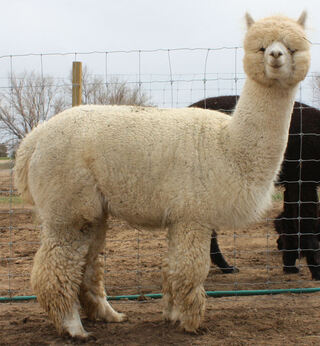 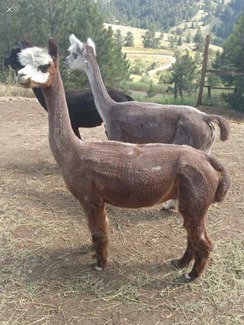